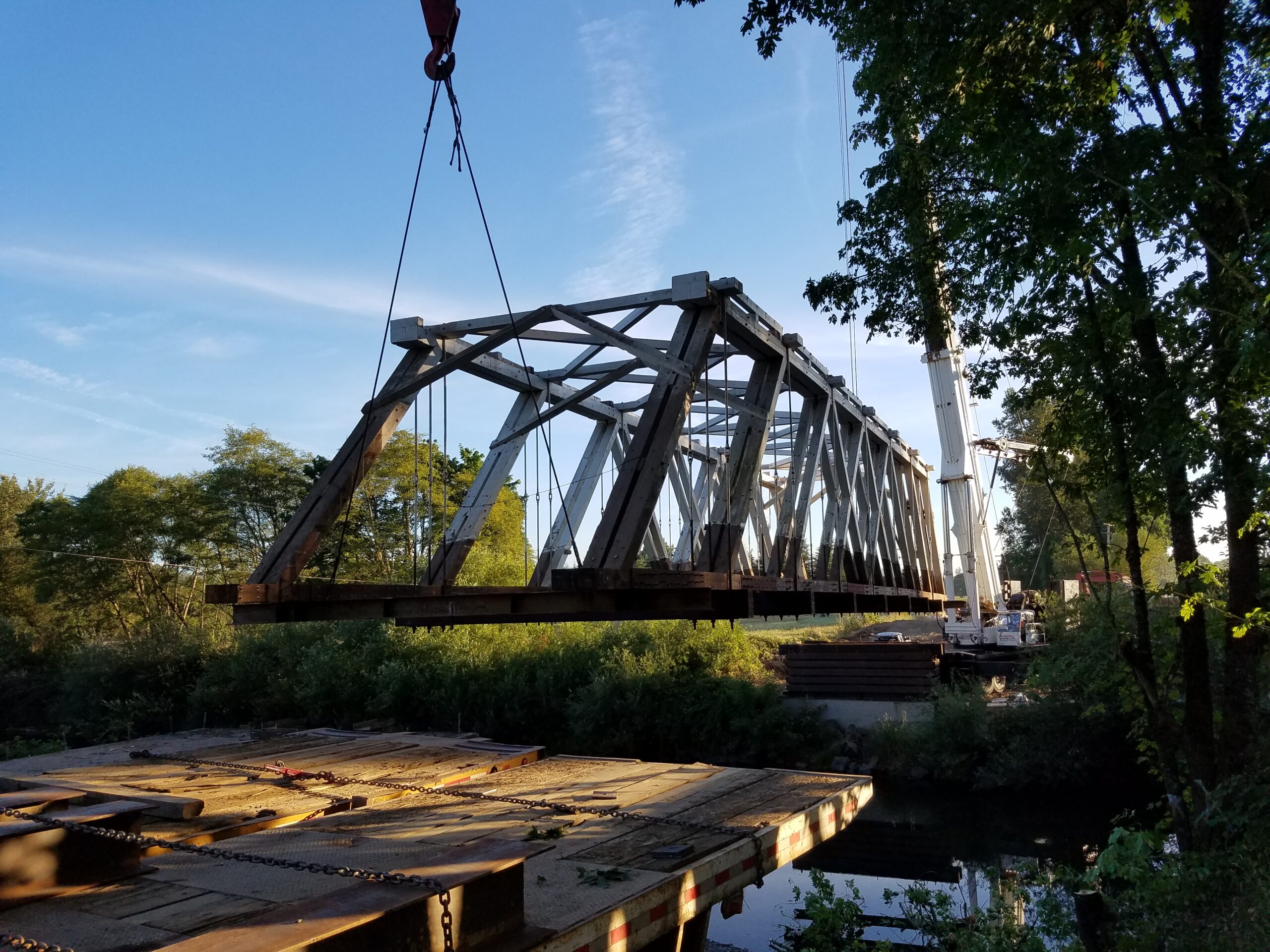 Because of the level of decay found in the existing truss members the usual approach of shoring the bridge and replacing the necessary members in place was not feasible. It was decided that the best way to complete the project was to lift the 126’ truss from the piers and relocate it to a staging area nearby. This allowed for the whole truss to be shored from the ground and members could be removed and replaced as needed.

Prior to moving the truss, the entire covered bridge “house” had to be removed to reduce the truss weight to 100,000 pounds. This was the limit that could safely be picked at the needed radius. McGee Engineering designed a containment and access structure that hung from the bridge and allowed all roofing and siding materials to be removed without debris entering Thomas Creek below.

McGee Engineering provided a design for the lifting assembly and hauling beams to support the truss while on the truck and trailers. We also designed a jacking system that allowed the truss to be lifted from the truck without further use of the cranes. Additional support engineering included the design of a temporary work bridge to allow the 140-ton crane to set up within it’s operating radius when picking the truss. 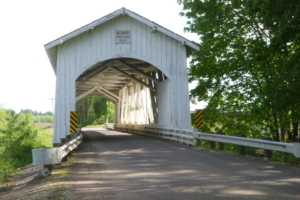 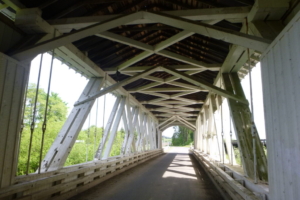 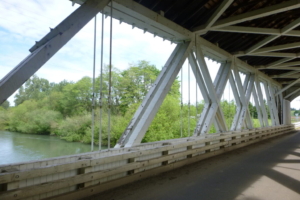 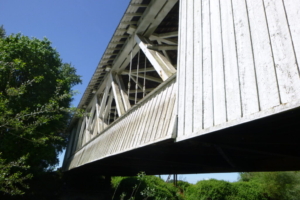 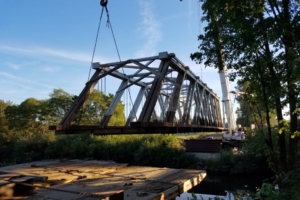 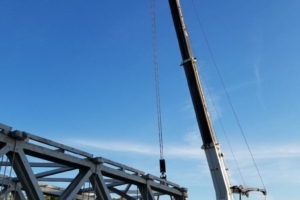 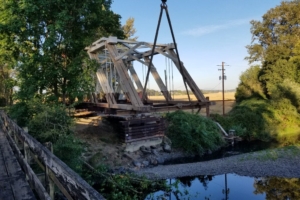 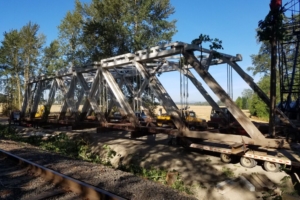 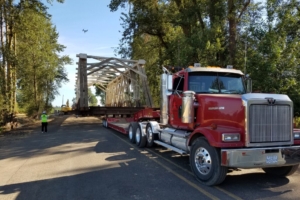 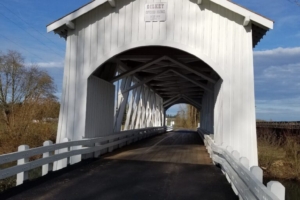 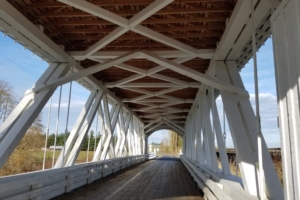 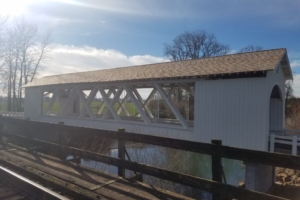