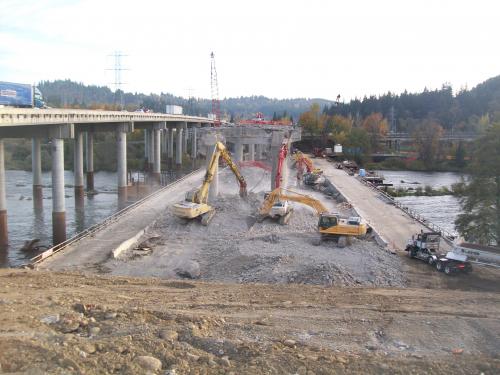 The work was especially challenging in that portions of the demolition were performed by machinery on top of the bridge, with other demolition performed simultaneously from the work bridge below. Delicate staging of the work was necessary to avoid major collapse of the box girder spans.

The work was sequenced to maintain structure stability as the continuity of the spans was interrupted. The resulting take-down of the cantilevered box girder segments from below was conducted in such a manner as would maintain balance at all instances.

The work proceeded faster than expected and the main spans were entirely removed in about three weeks, allowing work to begin on the new in-river substructure immediately thereafter. The existing piers were wire-sawn (with some saw cutting under water) and lifted onto the work bridge where they were rubblized and removed. 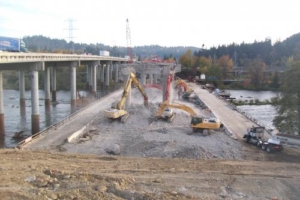 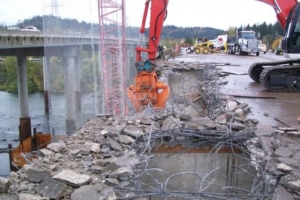 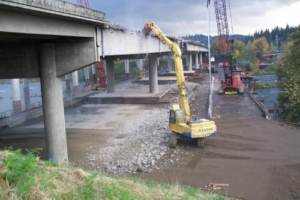 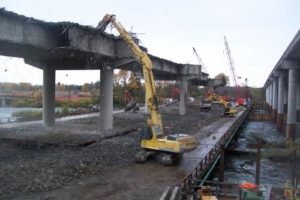 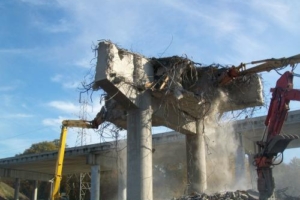 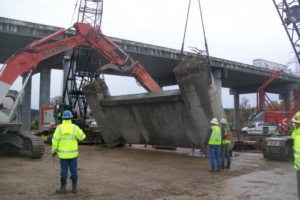 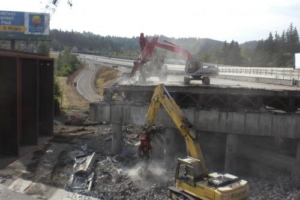