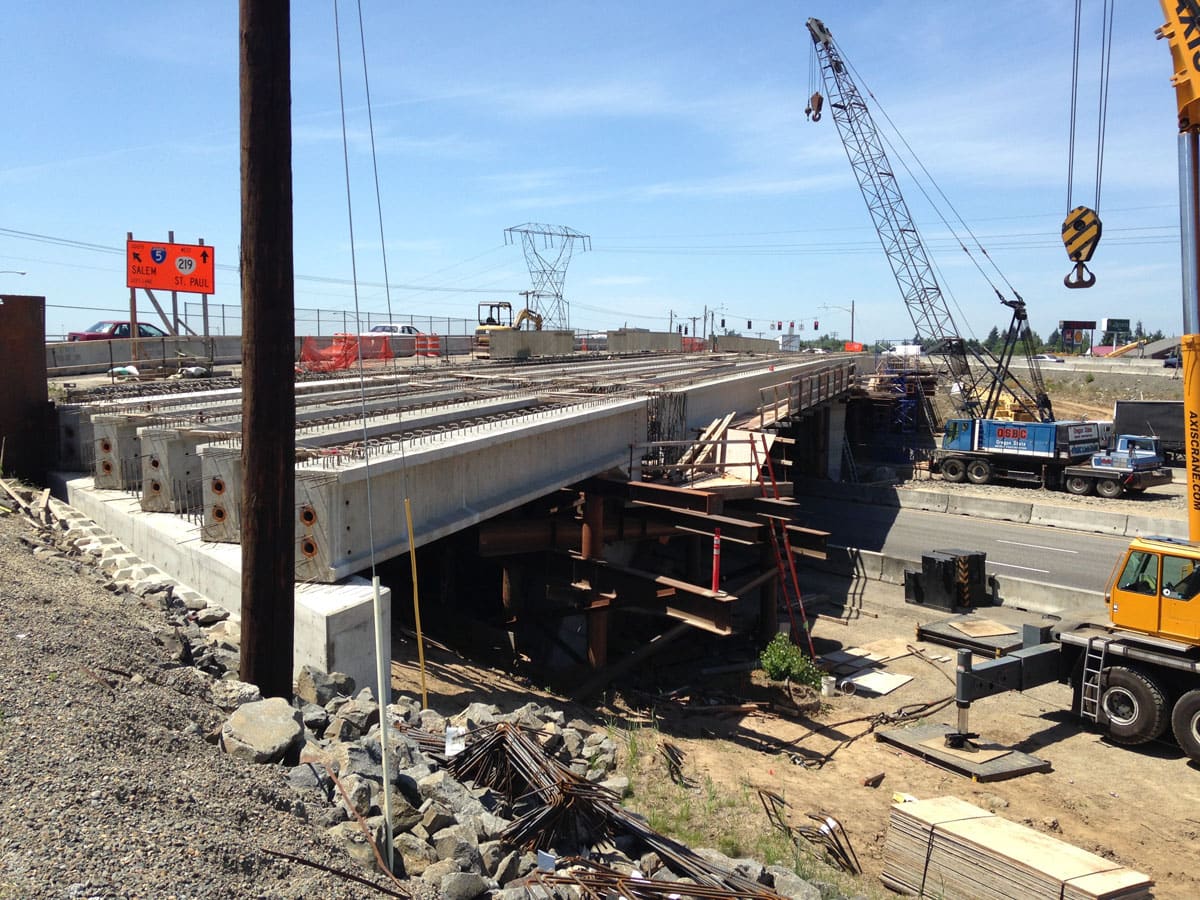 OR214 at Woodburn I-5 Overpass Widening

Oregon State Bridge Construction hired McGee Engineering to provide value engineering on the I-5 Overpass Widening at Woodburn, OR.  This project widened the original 366’-0” 4-span structure an additional 40’-1” to alieve congestion on I-5 at this interchange.  A value engineered design of the contract plans was necessary as the precast girders of the original design were determined to be unconstructable by the local precast manufacturers.

McGee Engineering worked in a partnership with Summit Engineering Group out of Littleton, CO to redesign the structure widening from the ground up in a little over 3 months’ time.  The design shifted from simple span precast girders made continuous for live load to a post-tensioned segmentally constructed superstructure.  This switch allowed for the girders to be constructed by local manufacturers and provided an additional 2” of clearance over an already tight on-ramp.

Many design challenges were encountered in an effort to match appearance with the existing structure as close as possible without an excessive amount of cast-in-place concrete.  The girder segments at the middle pier were designed to pass through the cap beam and were hunched at the middle to match the existing cast-in-place haunch.  This created a scenario in which precisely placed block outs were required in the girder segments to provide sufficient reinforcement for a structurally sound cap beam.  Additional cast-in-place haunches at bents 2 & 4 had to be matched as well.  Precast triangular shaped blocks were designed to bolt to the bottom of the girder segments at these locations to provide a similar appearance.  This allowed for simple girder geometry in the casting bed and eliminated the need for complicated cap beam falsework to provide a cast-in-place haunch. 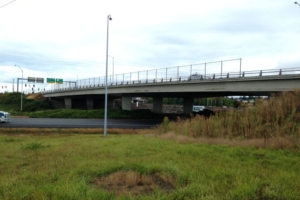 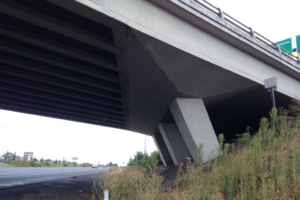 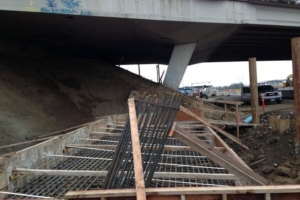 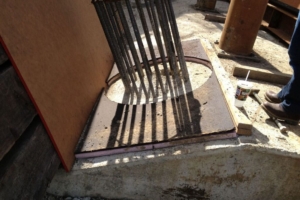 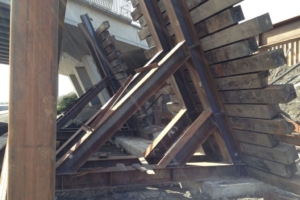 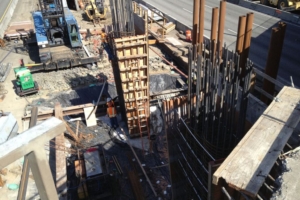 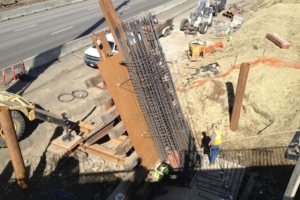 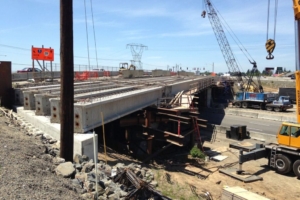 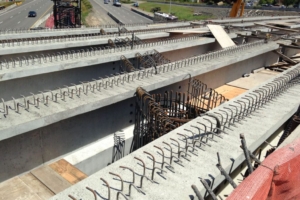 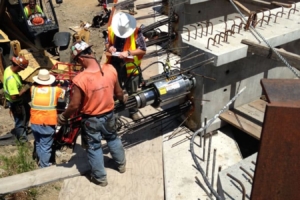 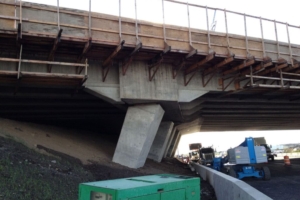 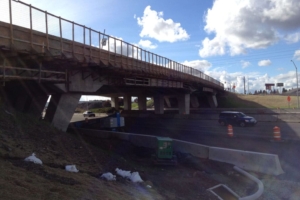