The previous bridge was built in the early 1920’s and was approximately 1670 ft. long.  Its structure consisted of a 791 ft. steel truss main span and 879 ft. of cast in place concrete approach spans.  A massive landslide was occurring at the west end of the bridge resulting extensive damage to the cast in place approach spans.  A big part of this project included stabilization of the landslide.

The existing steel truss was slid to the north to continue to service traffic across the Willamette River while the new structure was constructed.  McGee Engineering was charged with designing the approach spans to direct traffic onto the new alignment.  The detour approaches were approximately 82ft tall at their maximum location and consisted of a steel substructure supporting steel girders and precast concrete deck panels.  The focus in the design was to produce a functional structure that could be assembled and disassembled quickly for reuse on future projects.  The design required spanning existing structures on each side of the river, providing minimal substructure on the west approach to allow for landslide stabilization structures to be installed, matching up to the truss with precise elevation and horizontal alignment, and provide a sufficient foundation under the east approach without driving pile.  To solve the latter of these challenges, micropile were used to support each column load coming onto the footing.

Two work bridges were designed to service equipment over the river to drill shafts and construct the new bridge.  One bridge extended from each bank approximately 420ft.  The steel work bridges were designed to service 900,000lb cranes and oscillator loads for during drilling operations.  The depth of the river required the use of battered pile to resist the lateral loads imparted by the oscillator and debris.  A major challenge was overcome on the east side of the river to provide access to the work bridge in the narrow path between existing structures and the new bridge.

Given the depth of the river, the use of cofferdams was not economical to provide access for building the piers of the new bridge.  Instead, McGee Engineering designed, perched box caissons that could be constructed above the river, sunk into place, and dewatered.  Portions of each box caisson were designed to be incorporated into the permanent structure to make deconstruction of these temporary structures faster and easier.  Keeping these boxes at the desired elevation while the river level fluctuates was a unique design challenge.  The box caissons were made to slide over the drilled shaft foundations and giant steel collars have been designed to anchor and seal the box caisson to each of the 4 drilled shafts. 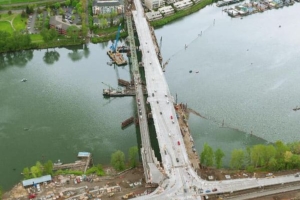 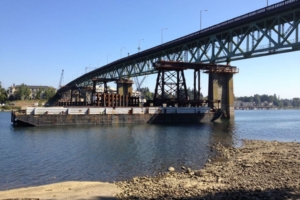 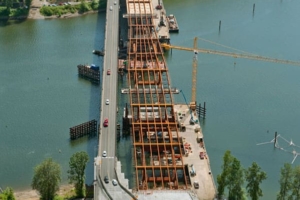 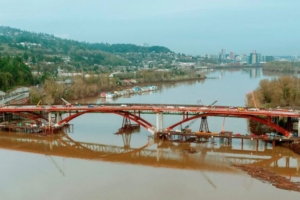 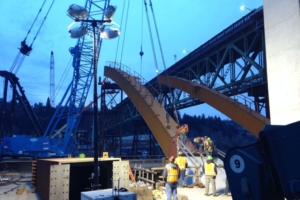 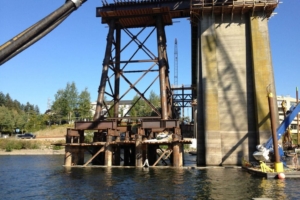 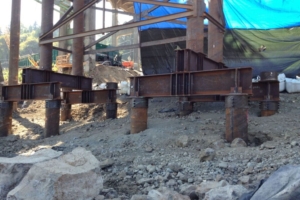 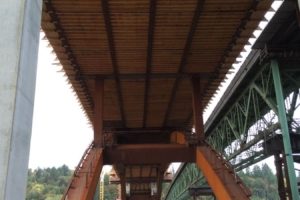 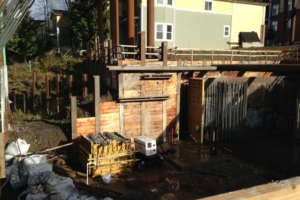 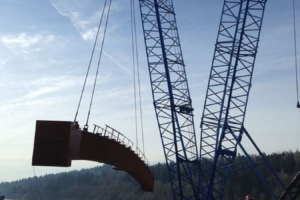 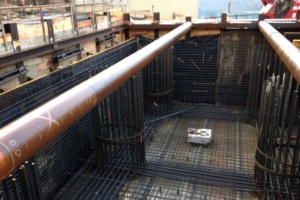 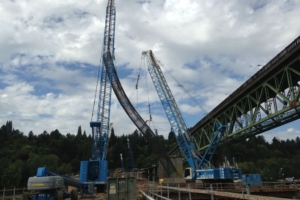 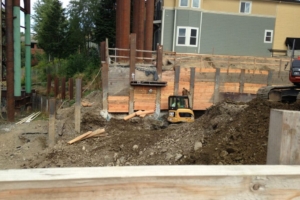 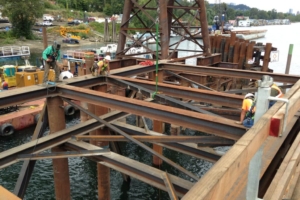 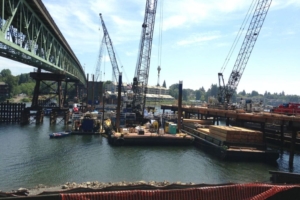 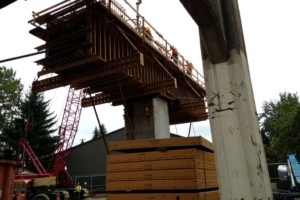 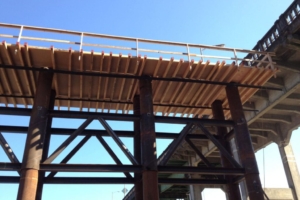 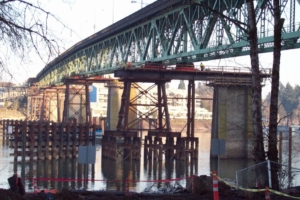 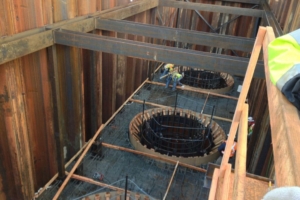 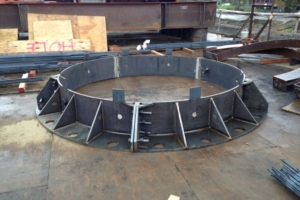